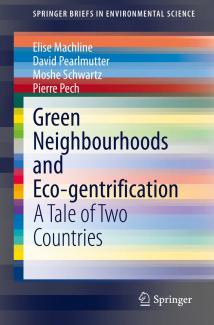 This SpringerBrief brings together a series of studies that delve into the details of French and Israeli green building practices and tell a tale of two countries which deviates considerably from what first impressions might suggest. In-depth data analysis, interviews with stakeholders, and on-the-ground documentation are used to paint a portrait of green neighborhoods in both large and small cities, and to shed light on the diversity of outcomes and the intricate web of interests leading to each one.

In the Israeli cases, these dynamics reflect the fact that the private sector has become increasingly dominant in the residential building field, following a decades-long process in which the welfare state has shrunk, and the government has distanced itself from large social programs.The French solution to this dilemma is to mandate the inclusion of subsidized housing within its ecoquartiers, with the declared aim of promoting a diverse 'social mix' of population.

Green building has yet to prove itself as a solution for the masses. The sale price of an apartment in a certified green building is significantly higher than what would be justified by either the additional construction costs required to build it, or the energy and water saving potential that can be realized by using it. The tale of two countries presented here suggests that neither the mechanisms of the market nor the proclamations of a welfare state can easily overcome this dilemma. What is needed is a new type of thinking, which can only emerge once the concept of "value" reflects not only the realities of a free-market economy, but also those of a planet which turns out to be distinctly limited in its resources.